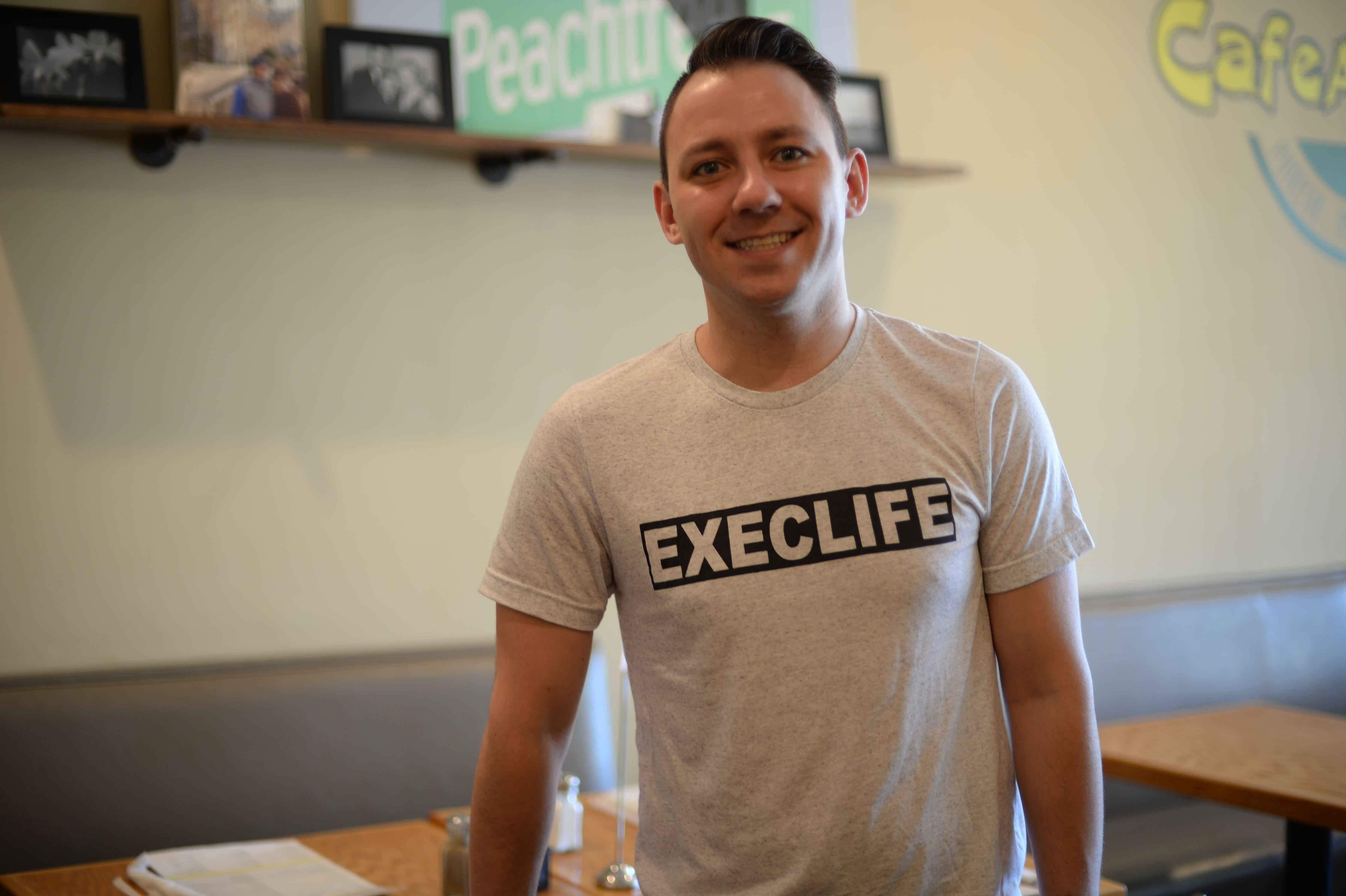 Wearing the white shirt with the words: EXECLIFE, Andrew Calloway walked into Cafe at Pharr Buckhead with confidence. He would seat down at the bar and one of our servers would bring him a glass of half and half tea right away. And then we would ask: do you want coffee today? Do you also want your usual? Then all the servers would compete to put in his order: The Club Sandwich on white bread, with NO bacon.

Andrew Calloway, 29, a loyal Cafe at Pharr Buckhead eater, has always bring Cafe at Pharr a unique atmosphere. His fierce personality always inspiring. So one day he came to eat lunch and told us he quit his job and he started his own line of clothing. As a fan, of course we were super thrilled! Entrepreneurship is not for everybody, but it is for him.

EXECLIFE is not just a brand, there is a story behind it. He grew up in Drezna, a small town in Russia near Moscow, with his mom and her boyfriend. It was not an exactly supportive atmosphere for a child to be there. A lot of times he had to run away and leave as a homeless child. Because of that, his love for bread has grown. To him, bread is essential for his life because it will sustain his hunger for days.

As a 4 year old, he had to deal with alcoholism and abusive relationship himself. One day he had to save his mom from abusing herself and end up in a hospital. Since then, he never met his mom anymore. The social worker brought him to an orphanage. Little did he know, the orphanage will change his life upside down.

After a few years spending time  at the orphanage, a generous and kind-hearted young man from Atlanta came and visit the orphanage. That man, Maxwell Calloway, adopted him and his two other friends to be his sons. Now because of his generous decision, Andrew is motivated to live a life that nobody could ever imagine when he was four. Who would’ve thought that this homeless boy would own his own clothing line? He believes that his past does not define his future.

The Calloways, such a fun and friendly family, is the one that introduced Andrew to his go to lunch now. Everyday around noon, he will be there. So if you want to meet him in person, you know where to find him.

Check out his website & social media for more detail stories.

Review us on Yelp